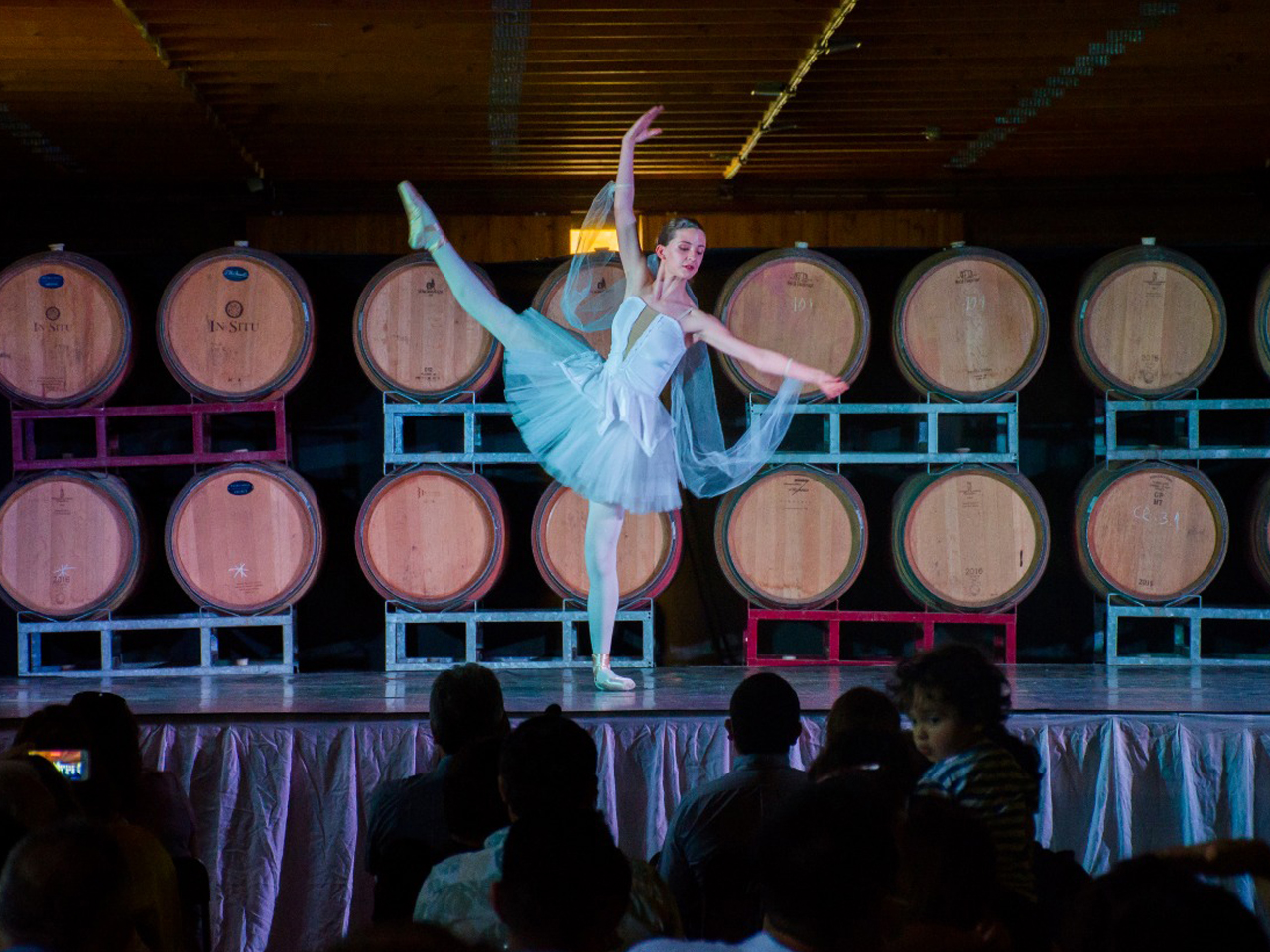 After two years without massive events at the winery, on December 4th, the traditional ballet performance of the Les Etoiles School, directed by dancer Rosie Abell, was held in our cellars.

Around 400 people attended the year-end gala of this academy, located in the city of Los Andes, which was divided into two performances, according to all current health protocols.

Viña San Esteban’s cellar once again became a great theater during that day, which has been a tradition for more than 10 years, making this space available for art and dance.